A metre matters as 5,500 riders raise awareness on the Great Ocean Road 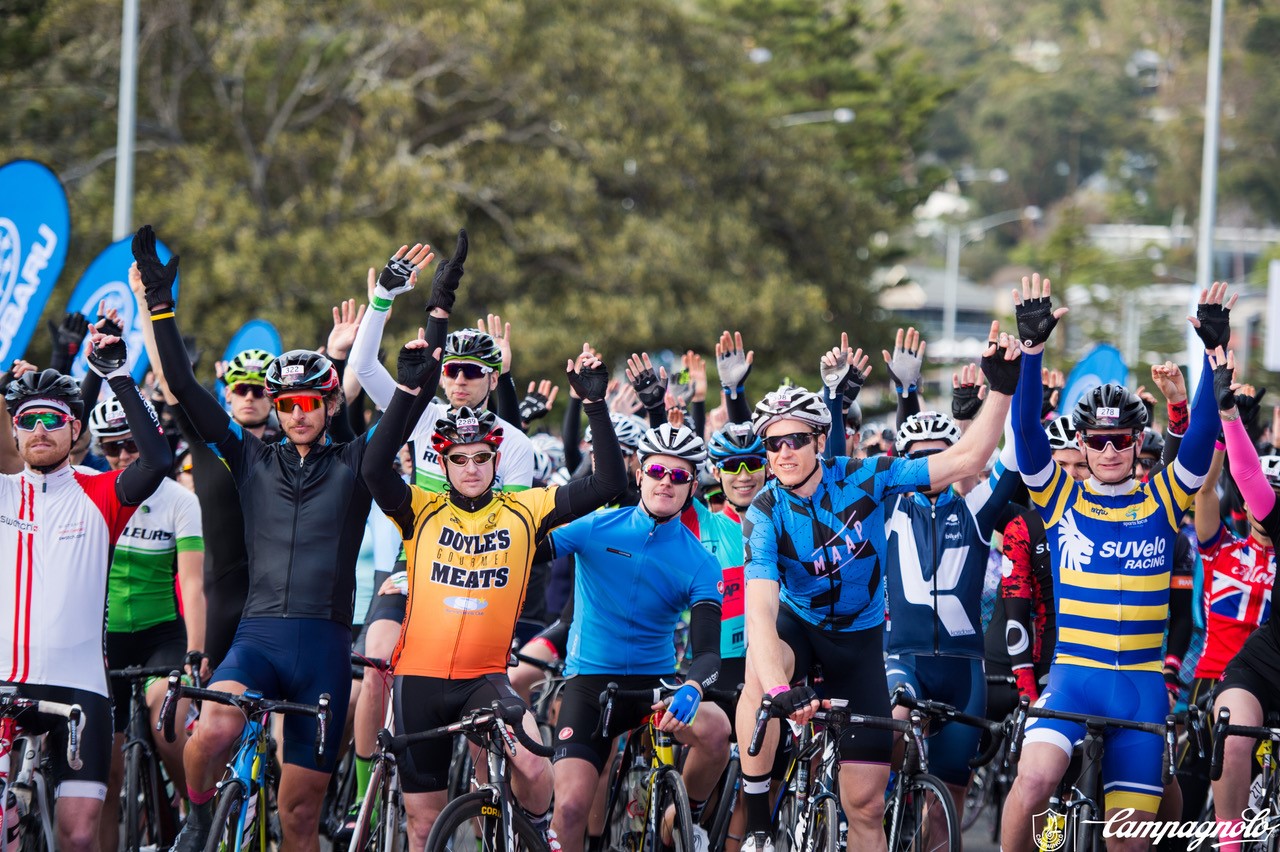 More than 5,500 bike riders took over the Great Ocean Road last weekend– all in the name of raising awareness about the need for ‘a metre matters’ laws in Victoria.

The majority of Australian states and territories have taken action to make cyclists safer by implementing a metre matters laws, and the Amy Gillett Foundation and the 5,500 riders today advocated for Victoria to be the next state to do so.

The large field assembled for what was the sixth edition of Wiggle Amy’s Gran Fondo, a unique event that provides participants with the once a year opportunity to ride on a fully closed Great Ocean Road.

The colourful crowd included not only some of the fastest amateur cyclists in Australia, but also some well-known cycling supporters, such as the TV show Bachelor host Osher Gunsberg, actor Eric Bana and Geelong Football Club’s Jackson Thurlow.

The day started out with some of Australia’s top elite amateur women vying for a spot on the podium in the Subaru National Road Series in the second stage of Amy’s Otway Tour.

The elite field was followed by the main field of 5,500 riders who put their hands in the air in support of a metre matters before departing from the main street in Lorne.

This year the event ran in the opposite direction from years past, starting the course with a climb up Deans Marsh-Lorne Road and finishing along the Great Ocean Road.

Over 300 families and kids took part in the 7km Amy’s Family Fondo, which took riders 3.5km out of Lorne along the Great Ocean Road.