A metre matters permanently in Queensland 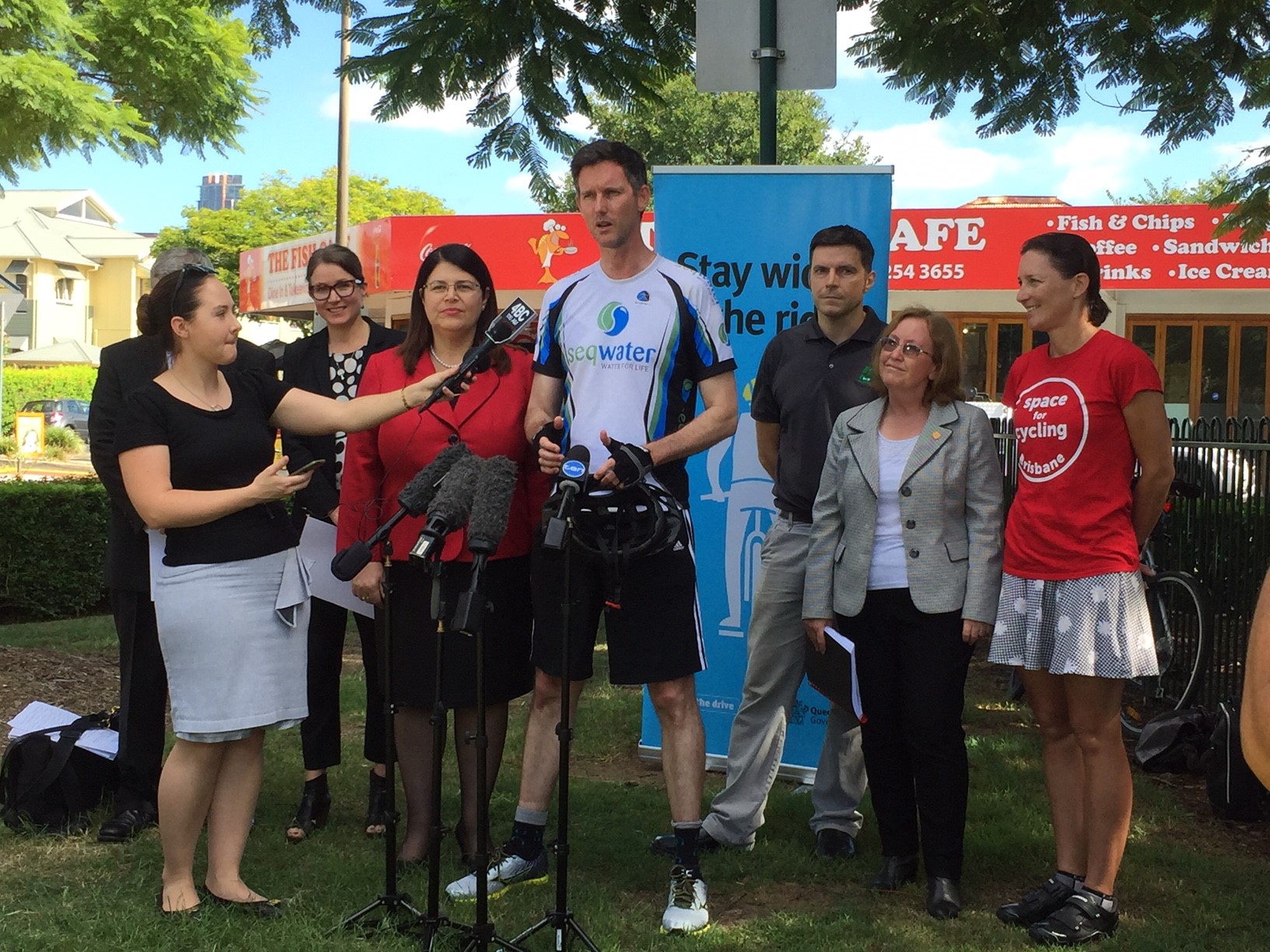 The Amy Gillett Foundation welcomes the decision by the Queensland Government to make the ‘a metre matters’ law permanent in Queensland.

“The Queensland Government is to be congratulated on making the a metre matters laws permanent.  It is a significant step in making bike riding safer in Queensland.” Amy Gillett Foundation chief executive officer, Phoebe Dunn, said.

Following the conclusion of a successful two-year trial of rules mandating a minimum distance when overtaking bicycles, Queensland’s Minister for Main Roads, Road Safety and Ports, The Hon Mark Bailey MP, announced the decision to keep the rules permanently.

The a metre matters rule requires drivers to provide a minimum distance of one metre when overtaking a bike rider in speed zones at or below 60km/h and 1.5 metres in speed zones above 60km/h.

“The one-metre rule is intended to improve interactions between cyclists and motorists on Queensland roads by making motorists more aware of cyclists and encouraging them to leave enough space between their vehicle and the bicycle,” Minister for Main Roads, Road Safety and Ports, The Hon Mark Bailey MP said.

“A metre matters because it provides a practical measurement for drivers when overtaking bike riders,” Ms Dunn said.

“The evaluation of the trial by CARRS–Q has informed the Queensland Government’s decision to make a metre matters laws permanent.  The Amy Gillett Foundation will be looking to Victoria, Western Australia and the Northern Territory to implement such laws without further delay.

The permanent laws will be supported by a renewed education program with the launch of a new phase of the ‘Stay wider of the rider’ campaign.

“A second phase of TMR’s Stay Wider campaign, will have a strong educational focus, and will run from April to June to remind road users of the rule, including the ability of motorists to cross centre lines when overtaking bicycle riders.”  Minister for Main Roads, Road Safety and Ports, Mark Bailey MP, said.

“The Queensland trial has demonstrated that when road laws are supported by driver education programs road users become more aware of bike riders and our roads become safer.  We are delighted that the Queensland Government is continuing to invest in further education on the laws, and investigate additional measures to aid practical application and enforcement”, Ms Dunn said.

The move follows the growing support across Australia for a metre matters with permanent laws now in force in Queensland and South Australia, amended road laws in Tasmania and two-year trials currently underway in New South Wales and the ACT.

Only Victoria, Western Australia and the Northern Territory now remain as Australian jurisdictions yet to commit to making bike riding safer through the introduction of minimum overtaking distance laws.

The Amy Gillett Foundation is committed to supporting a safer cycling environment through driver education and has recently renewed a long-term road safety partnership with the Toll Group, a key supporter of the Foundation’s a metre matters campaign.

“Toll is supportive of the Queensland Government’s new legislation around cyclist road safety, and congratulates the Amy Gillett Foundation for all of its work to make our roads safer through their ‘a metre matters’ campaign,” said Mal Grimmond, Divisional Director of Toll Domestic Forwarding.

“Our shared vision of safer roads for all road users is why we have committed to supporting the Foundation for another three years.”

“This year has been a breakthrough year for the Amy Gillett Foundation as we continue our mission to reduce the incidence of serious injury and death of bike riders in Australia,”   Ms Dunn said.