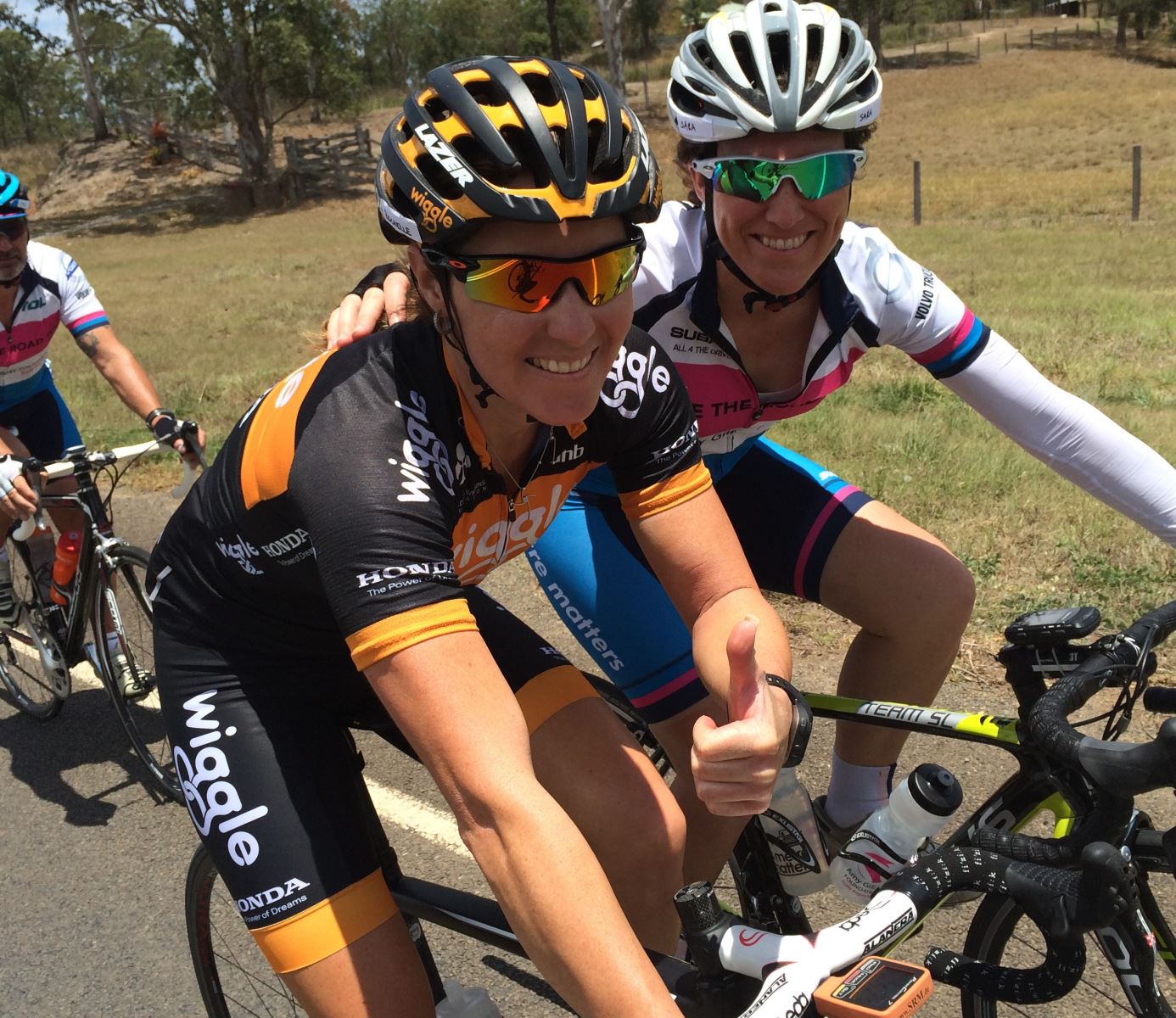 Rolling out from Cronulla in Sydney’s south on Monday 9 November, 30 riders will form two pelotons that will pedal their way through the scenic Southern Highlands and Snowy Mountains before finishing in Canberra, 850 km and over 10,000 vertical metres later, on Saturday 14 November.

Amy’s Share the Road Tour is a key event on the Amy Gillett Foundation calendar, serving both as a major fundraiser and a great opportunity to raise awareness about bike rider safety.

The name of the tour is derived from the Amy Gillett Foundation’s philosophy that we all need to share the road to achieve bike rider safety.

Held annually, since the first Share the Road Tour in 2009, over $1.25 million has been raised by event participants, with the total raised during last year’s event surpassing $210,000. This enables the Amy Gillett Foundation to continue its work in delivering important safety messaging and a safe cycling environment.

In 2015, the 7th edition of Amy’s Share the Road Tour participants tour like pros supported by team cars, mechanics, recovery massages, ride briefings and team dinners each day, whilst spreading the safety messages of the Amy Gillett Foundation with communities and schools along the route.

Simon Gillett, Patron of the Amy Gillett Foundation, said Amy’s Share the Road Tour was a tangible way to spread the bike safety message whilst also raising important funds for the work of the foundation.

“The Share the Road Tour will consolidate the Amy Gillett Foundations efforts in delivering road safety messaging throughout New South Wales via our It’s a two-way street campaign, which has entered its third phase and can be seen on billboards and street lightboxes across the state,” Mr Gillett said.

“Participants are required to raise a minumum of $7,500 to join the ride and pay all their own costs, which demonstrates their commitment to the cause.”

“And apart from the riding, tour participants join Amy’s parents Mary and Denis Safe at schools along the tour route to promote bike rider safety as part of the Remembering Amy for a Reason program.”

The tour sees participants ride up to 185kms a day over the course of the week. Major towns that the tour will pass through include Wollongong, Kangaroo Valley, Cooma and Tumut.

Stopovers in Fitzroy Falls, Huskisson, Braidwood, Cooma and Tumut will be combined with school visits by riders and by Mary Safe delivering her Remembering Amy for A Reason Program (details below).

The 2015 Amy’s Share the Road Tour is proudly presented by the Amy Gillett Foundation and is supported by Toll, Subaru, Wiggle.com.au, Saxo Capital Markets, along with event suppliers Sub4, Europcar and High5 Sports Nutrition.