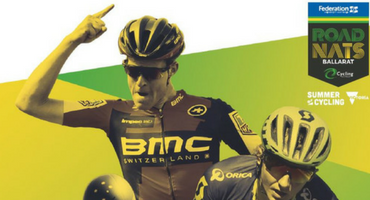 Today the Amy Gillett Foundation is proud to be announced the official Safety Partner of Cycling Australia for the Australian National Road Championships. This three year agreement will build on the existing relationship between the two organisations and focus on initiatives to create and foster safer road conditions for all cyclists around Australia.

The Amy Gillett Foundation will be at the event promoting their important safety messages, including their national a metre matters campaign.

“We are delighted to have been appointed the official Safety Partner of Cycling Australia for the Australian Road Nationals.  This is a great opportunity to engage with the community on measures to help keep cyclists safe on the roads, including how important it is to pass cyclists safely by giving space – a minimum of one metre in speed zones up to 60km and 1.5 in speed zones over 60kms”, said Phoebe Dunn, CEO of the Amy Gillett Foundation.

As minimum passing distance laws are in every state in either trial or permanent law around Australia except for Victoria, the partnership will initially concentrate on encouraging drivers to give a metre to cyclists on the road. Whether in law or a recommendation, modifying driver behaviour to give a minimum of a metre when passing cyclists is crucial.

Events like the National Road Championships provide a huge opportunity to create awareness and start the behaviour change process.

Nick Green, CEO of Cycling Australia said the partnership will provide significant opportunities for both organisations to achieve more than previously possible “It’s a good fit for us and we look forward to collaborating and launching new safety campaigns with the Amy Gillett Foundation”.

The Australian National Road Championships are in Ballarat January 3 -7, 2018.