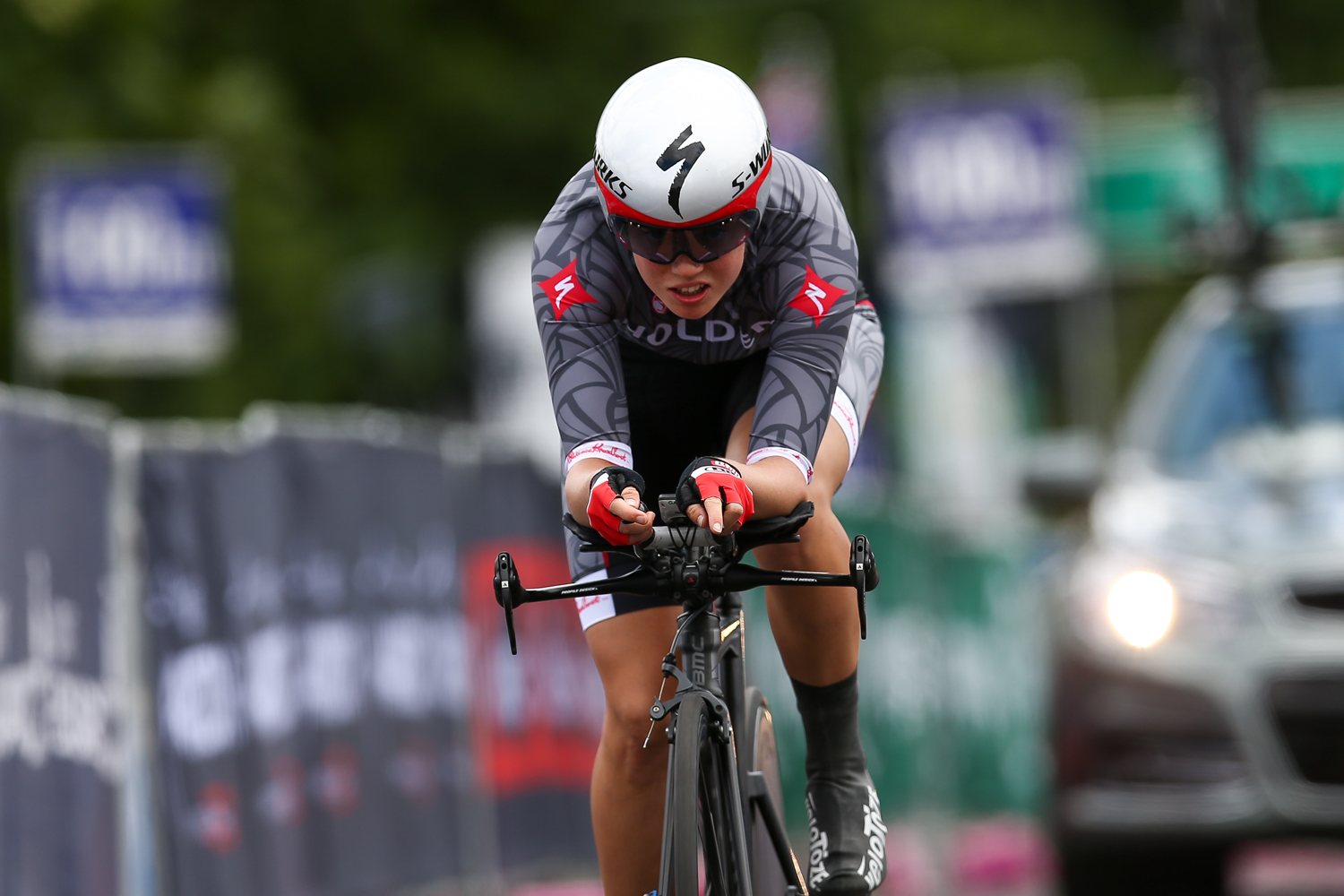 Canberra’s Louisa Lobigs has been selected as the recipient of the 11th Amy Gillett Cycling Scholarship.

The Holden Women’s Cycling Team member is the current ACT individual time trial champion and in 2015 placed sixth at the Australian National Championships in the same discipline.

The scholarship provides Lobigs with the opportunity to live, train and compete in Europe, racing for the High5 Australian Women’s Road Development Team.

The selection panel were unanimous in choosing Lobigs as the scholarship recipient because of her sporting potential, her alignment to the values of the Amy Gillett Foundation and her commitment to a career outside sport, which currently sees her completing a PhD at the University of Western Australia.

Lobigs, 25, will follow in the footsteps of previous scholarship recipients, serving as an ambassador of the Amy Gillett Foundation.

In this role she will be raising awareness about the Amy Gillett Foundation’s mission of creating safer bike riding in Australia and vision of zero bike rider fatalities.

“On behalf of the Board and management team we congratulate Louisa on being selected as the 2016 Amy Gillett Cycling Scholar, and we look forward to working with her to achieve a safer cycling environment in Australia,” chief executive officer, Phoebe Dunn said.

Amy Gillett Foundation Patron and member of the scholarship selection panel Simon Gillett was delighted to unveil Lobigs as the 11th recipient of the Amy Gillett Cycling Scholarship.

“Amy had a great love for life, sport and education,” Gillett said.

“This scholarship is a legacy to Amy’s life and ambitions, and Louisa is showing the same excellence and determination in her sport as well as her education.”

“Louisa has the potential to become a superb athlete, and we can’t wait to see the passion she will bring to her role as an Ambassador,” Gillett continued.

After applying for the scholarship for a third consecutive year, Lobigs was excited to discover she was successful this time around.

“It’s a real honour, a lot of amazing athletes have had it in the past and it’s inspiring to be able to represent Amy and the work of the Amy Gillett Foundation,” Lobigs said.

After her sporting career, Lobigs’ second passion in life is community health.

After completing a Bachelor of Medical Science at the Australian National University Lobigs is completing a PhD focused on biomarker and blood volume variations in relation to the anti-doping tool, the Athlete’s Biological Passport.

Juggling a PhD and training commitments is challenging but provides great perspective.

“I love training and that takes up a good part of my day, but I find the Uni work gives me the balance I need to stay motivated in my training and at Uni,” Lobigs said.

Like many bike riders in Australia, Lobigs has kept an eye on the work of the Amy Gillett Foundation, particularly with the recent success of the Foundation’s minimum overtaking distance campaign – ‘a metre matters’- in QLD, SA, ACT, Tasmania and NSW.

“In the past year or so there has been a big push for the ‘a metre matters’ campaign and similar campaigns coming from the Foundation,” Lobigs said.

The scholarship is made possible through the support of the High5 Australian Women’s Road Development Team managed by Rochelle Gilmore, and Cycling Australia.