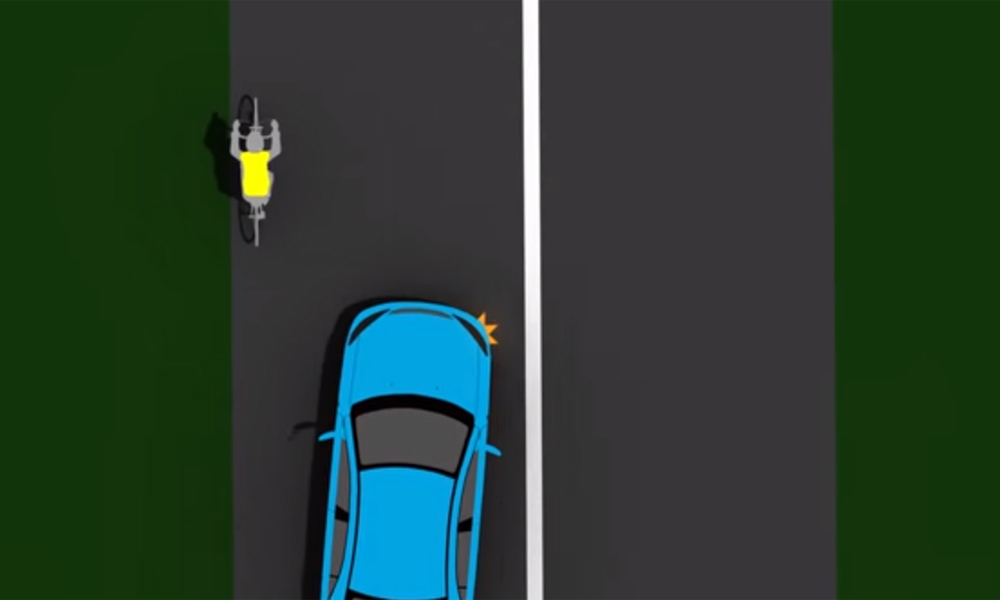 As of 25 February 2015, motorists will be able to cross continuous white centre lines, both single and double, to allow a safe distance between their vehicle and a bike rider, when it is deemed safe to do so.

Amy Gillett Foundation CEO Tracey Gaudry applauded the Tasmanian Government for its commitment to bike rider safety, saying the new road rules are a step in the right direction.

“The Tasmanian Government is empowering motorists to overtake bike riders in a safe and responsible manner by allowing them to legally cross the centre lines without risk of being penalised,” Gaudry said.

Watch the Tasmanian Government’s ‘Crossing the centre line’ video below.

The Government also outlined the safe overtaking distances for a motorist when passing a bike rider as one metre at speeds of up to 60 km/hr and 1.5 metres at speeds above 60 km/hr.

It comes after the South Australian Government announced last month it would become the third Australian jurisdiction to introduce minimum overtaking distance legislation for motorists overtaking bike riders, following Queensland and the ACT.

“We know that minimum overtaking distance legislation is already having an extremely positive impact in Queensland. Survey results show a positive shift in driver behaviour and bike riders experiencing an increased feeling of safety on Queensland roads after just six months of the legislative trial,” Gaudry said.

Find out more about the Queensland survey results here.

“Tasmania is half way there with the introduction of these new road rules and we look forward to working closely with the Government to extend its great work to legislate safe passing distances, because everyone has the right to get home safely.”

Tasmania was the only Australian state or territory not to record a bike rider fatality in 2014, the same year it introduced the Foundation’s It’s a two-way street road safety education campaign into the state.

Find out more about a metre matters

Find out more about It’s a two-way street