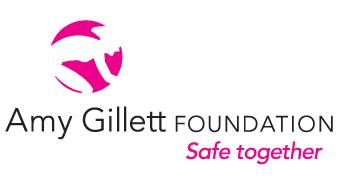 The Queensland community has emphatically declared their support for minimum overtaking distance legislation, with bike riders experiencing improved safety and drivers stating they agree with the legislation.

Over 60% of the Brisbane bike riding community has already experienced greater distance from overtaking motorists and more than half of all road users reported more awareness of bike riders on the road.

The improved Queensland road rules require motorists to leave a minimum of one metre when overtaking bike riders at speeds of up to 60km/h and 1.5 metres at speeds over 60km/h. The trial laws are supported by the Government’s Stay Wider of the Rider awareness campaign; a ground-breaking approach in achieving progress in bike rider safety.

The survey revealed three-quarters of Queensland drivers are already aware of the legislation, with two-thirds of all road users supporting the improved rules. Further to this, over two-thirds of Queenslanders believe the Government’s Stay Wider of the Rider campaign effectively communicates the new minimum overtaking rules.

The Amy Gillett Foundation’s a metre matters campaign has spearheaded the national effort for state and territory governments to improve road rules to specify minimum distances for overtaking bike riders.

The Foundation applauds the Queensland Government’s leadership in implementing the legislative change targeted at improving safety for all road users. The Queensland community has responded with their commitment to the trial and creating a culture of mutual respect on the roads establishing the benchmark for the rest of Australia to follow.

The independent market research was conducted on 24-28 October 2014 with 800 randomly-selected Queensland residents, both motorists and bike riders, to identify and track the awareness and effectiveness of the Queensland Government’s minimum overtaking