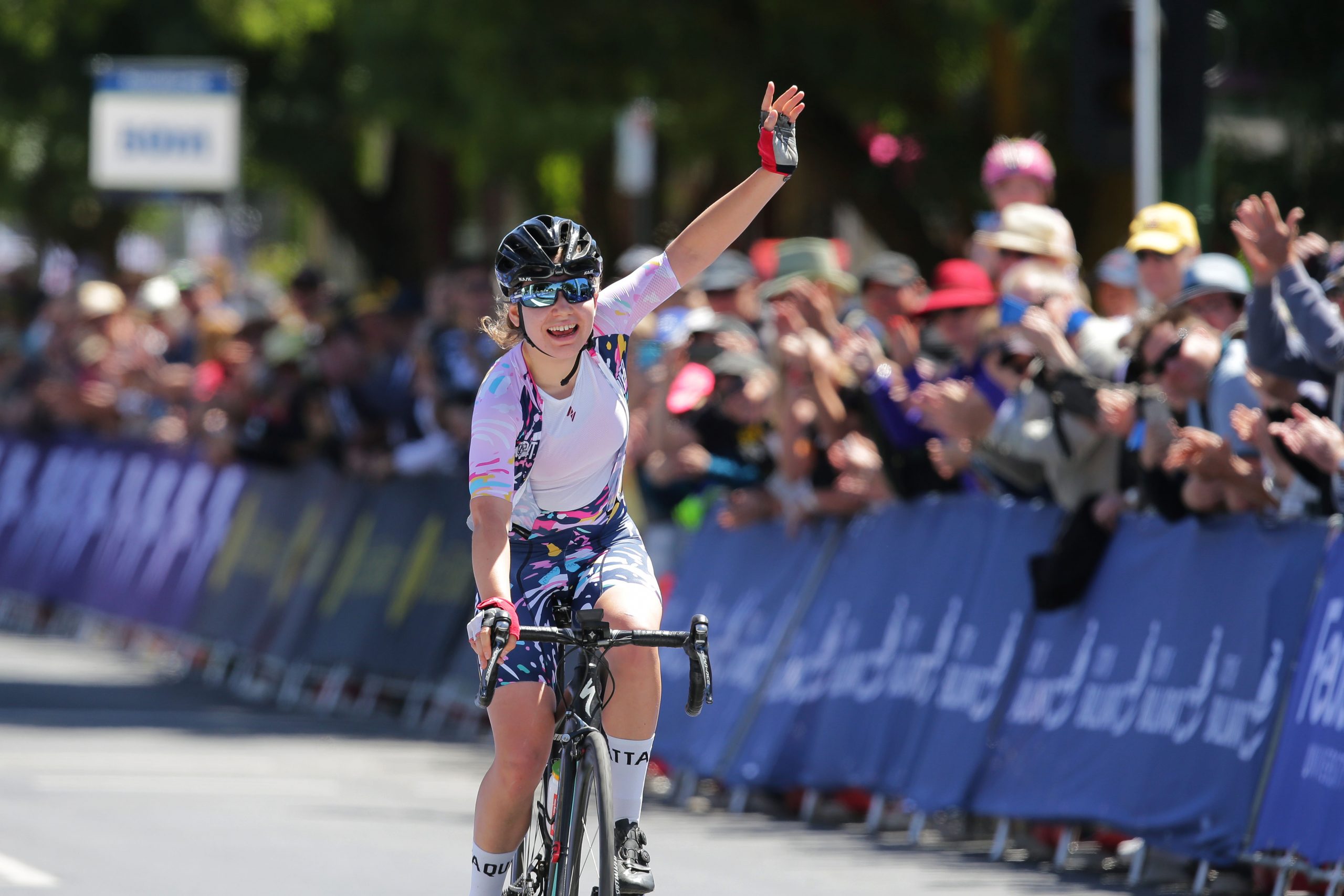 Sarah Gigante receives the 2019 Amy Gillett Foundation Scholarship which supports the professional cycling pursuits of young female cyclists in Australia. The scholarship acknowledges the gap in financial support for female cyclists and seeks to empower capable, driven and inspiring young Australian women to pursue their dreams and participate in elite cycling.

The Board of the Amy Gillett Foundation (AGF) and Cycling Australia are delighted to award the 2019 Amy Gillett Scholarship to Sarah Gigante. Each year, the AGF supports one promising young female cyclist to pursue professional cycling and race internationally.

“We are delighted to award Sarah Gigante with the 2019 scholarship. We received many outstanding applications making selection competitive, but we were very impressed by Sarah’s stunning achievements in both cycling and her studies,” said Lisa Jacobs, Board Member at the AGF and Cyclocross champion.

The Amy Gillett Foundation Scholarship was established in 2006 by the AGF to honour the memory of Amy Gillett and to support women aspiring to participate in elite cycling. Scholarship recipients are supported to train and compete internationally as part of the Cycling Australia Women’s Endurance Development international racing phase by the Amy Gillett Foundation and Cycling Australia. Scholars also become ambassadors for the AGF to help raise awareness of the need for safety for cyclists across Australia.

“Sarah’s passion, resilience and determination throughout significant setbacks have all been well documented. These qualities will allow Sarah to be a valuable ambassador for safe cycling and will also honour Amy’s legacy,” said Ms Jacobs.

In addition to tremendous successes in cycling, Sarah Gigante is studying a Bachelor of Science and a Diploma of Language in Spanish. Sarah is taking subjects in computer science and calculus with interests in data science and engineering. Her love for science and technology stems from her belief that it has the potential to make the world a better place.

The Amy Gillett Foundation and Cycling Australia are pleased to partner to provide this scholarship to promising young cyclists each year. The scholarship supports the recipient to participate in the Cycling Australia Women’s Endurance Development International racing phase and national competitions while overseas. Scholars’ training is supported through financial contributions to accommodation, travel costs, meals and insurance.

Athletes who apply for selection to the Cycling Australia Women’s Endurance Development racing phase are invited to apply for the scholarship. The winning applicant is selected based on cycling ability, ability to represent and uphold the values of the AGF as an ambassador and a demonstrated commitment to academic and career development.

“We congratulate Sarah Gigante on receiving the 2019 Amy Gillett Scholarship. Sarah has achieved outstanding results on and off the bike over the last few years and we look forward to seeing her career ambitions continue to grow and flourish,” said Mr Drake.

Amy Gillett was a champion rower and represented Australia at the Olympics, she obtained a Bachelor of Applied Science (Exercise and Sports Science) with an Honours in Human Movement. Amy had begun a PhD to study how women react to life after sport and was training with the Australian women’s cycling team when she was tragically killed by a driver in a crash in Germany.

“Amy was an extremely keen academic and cyclist, so she is one of my biggest inspirations and it’s an absolute honour to hold this scholarship in her name,” said Ms Gigante.