Touching tribute to Amy Gillett at Women’s Tour of Thüringen 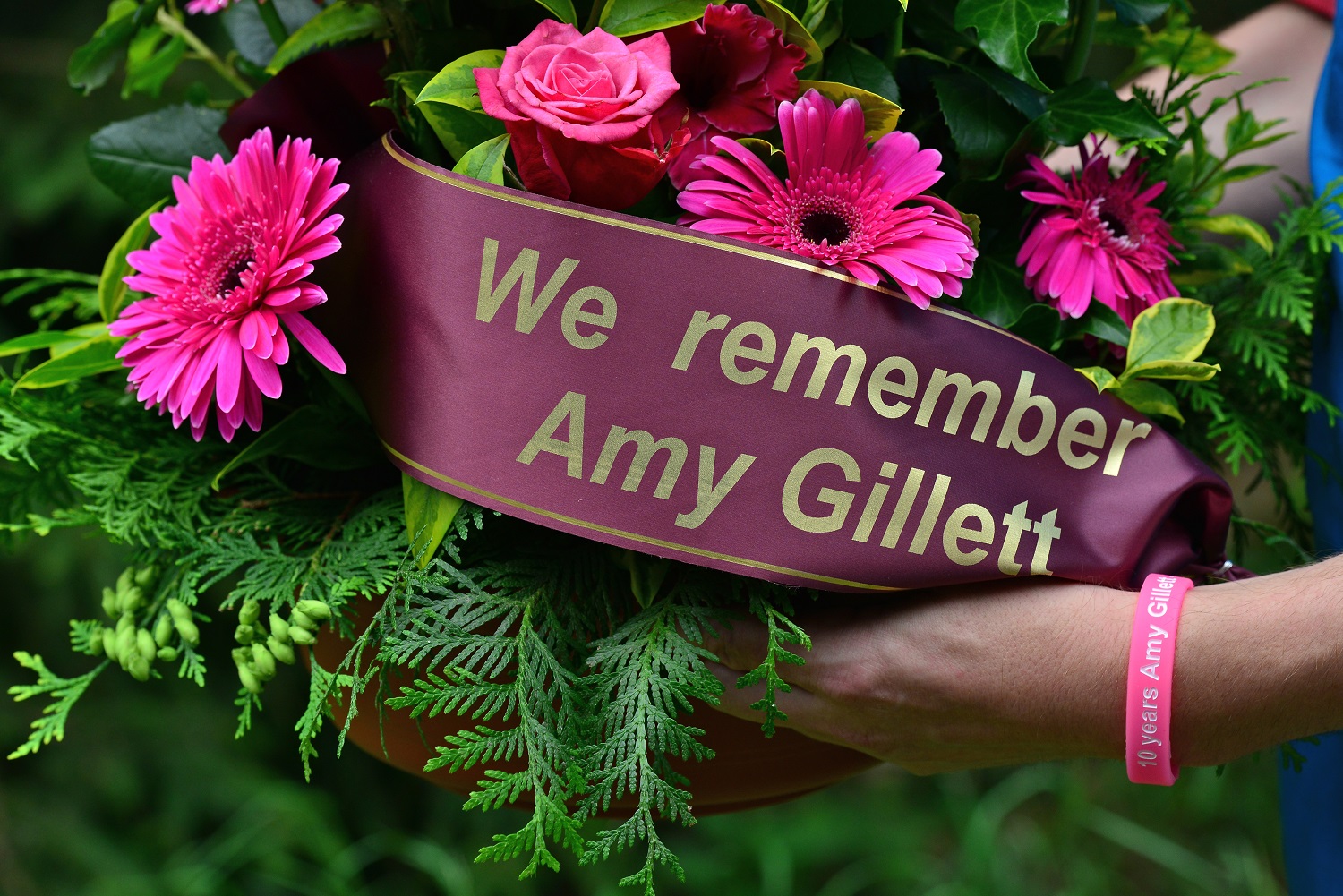 Amy Gillett was remembered by the peloton in Zeulenroda, Germany overnight as the Women’s Tour of Thüringen stopped to commemorate the Australian cyclist who was killed 10 years ago while training for the event.

Amy died and Katie Brown, Lorian Graham, Kate Nichols, Alexis Rhodes, and Louise Yaxley were seriously injured on 18 July 2005 when they were hit head-on whilst riding by a car driven by a 18-year-old driver, who had her licence for just two weeks. They had been reconnoitring the course between the towns of Zeulenroda and Auma in preparation for the opener of the 2005 Tour of Thüringen the next day.

At the site of Amy’s death, where a memorial was erected one year after the crash, the entire peloton of this year’s Tour stopped at the end of a prolonged neutralisation to honour Amy’s memory in a commemoration arranged by the Tour of Thüringen organising team in cooperation with the Amy Gillett Foundation.

Kimberley Wells, the 2015 Amy Gillett Scholar, laid a floral tribute on behalf of the Foundation at the memorial, alongside the flowers Amy’s parents Mary and Denis Safe had arranged to be laid on the anniversary of the accident. Kimberley also read the words of mourning engraved on the memorial to the entire peloton.

Kimberley was joined by all the Australian riders in the peloton, whether in Australian teams or not, by the Jersey wearers, and by the former winners of the Amy Gillett Award for outstanding sportsmanship and fairness, which has been awarded by the Tour of Thüringen since 2006. The riders were wearing ‘We Remember’ pins provided by the Amy Gillett Foundation and commemorative wristbands from the event organisers. Along with Tour Director Vera Hohlfeld and Tour Directeur Sportif Franziska Große, they all placed a red rose at the memorial to honour a former mate who had to quit the peloton much too early.

Race organisers said the emotional moment left its mark on the peloton and likely out of respect and solemness, none of the riders attacked before 15km into the stage.

Tour Director Vera Hohlfeld said Amy and her legacy had constantly been on the organisers’ and most riders’ minds and would be even more so on the 10th anniversary of the tragedy.

AGF CEO Belinda Clark said the foundation was deeply moved by the ongoing commitment of T.RF Sportmarketing to honour Amy’s memory and overwhelmed by the outpouring of emotion by riders, officials and spectators at the commemoration.

“We are grateful to the riders and organisers of this year’s Tour of Thüringen for taking time out from the race to commemorate Amy on the 10th anniversary of her death.

“Sharing the road safely is a cause that unites people around the globe, and the respect paid to the life and achievements of Amy Gillett, and the work that has been done since in her name is a wonderful legacy to have arisen from Amy’s death 10 years ago,” Ms Clark said.