TWO ABREAST IS SAFER, AND THE LAW | Amy Gillett Foundation

TWO ABREAST IS SAFER, AND THE LAW 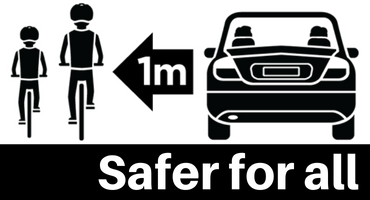 Given recent news items, we feel it timely to remind and reinforce the facts about cycling two abreast.

Cyclists are legally permitted to ride two-abreast, subject to the following rules:

These safety reasons are why riding two abreast is the law.

The Amy Gillett Foundation continues to advocate that both cyclists and drivers follow the road rules to ensure everyone can get home safely, and recommends the following tips in relation to the two-abreast law:

Tip for cyclists: when riding two abreast, consider other road users and if necessary, change to single file to help drivers pass safely.

Tip for drivers: only pass when it is safe and legal to do so. After passing, make sure you’re well clear of the cyclists before moving back.

WATCH:  the video below provides the perfect illustration about why cyclists ride two abreast.