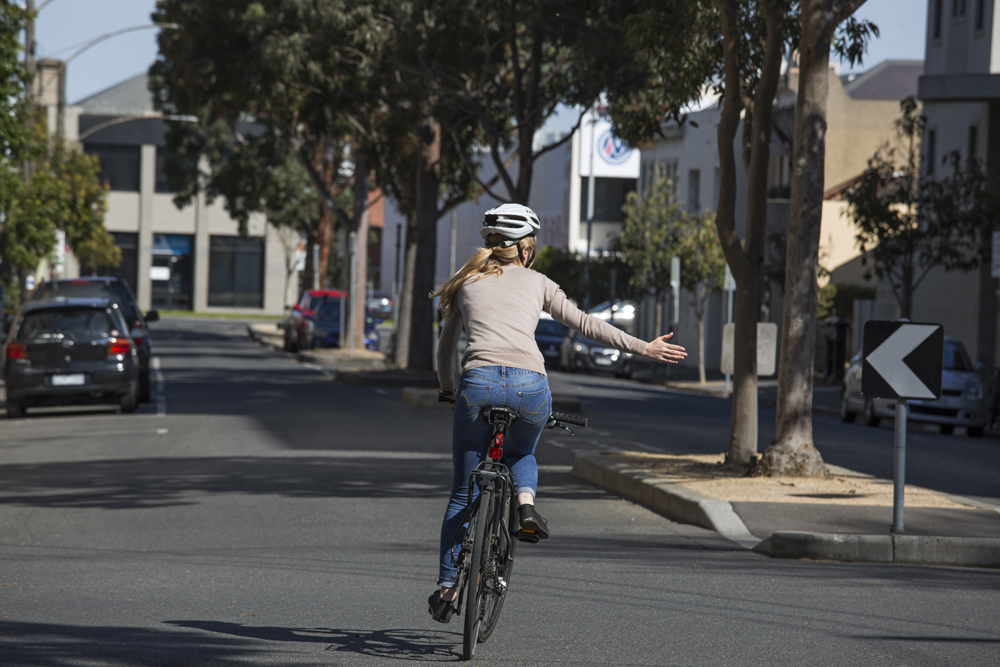 Today a campaign to increase the safety of Victorian cyclists by making it easier for them to access information on bike law was launched by Victoria Law Foundation.

The Bike Law education campaign aims to reduce the incidence of cycling-related crashes, injuries and deaths on Victoria’s roads, and was written in response to research that showed many cyclists were not up to speed on the road rules, Victoria Law Foundation Executive Director Joh Kirby said.

‘The one thing that cyclists fear the most is collisions, particularly with motor vehicles, and when you look at the statistics you can understand why,’ Ms Kirby said.

‘There are almost 1,500 crashes each year in Victoria involving bicycles where at least a minor injury was reported, and eight people on average die annually as a result of these incidents.

‘When researching this campaign, we realised it was almost impossible for bike riders to find easy-to-understand information about laws relating to cycling.

‘Making cycling safe is about sharing the roads and paths, and building tolerance and etiquette between road users.

‘The more people that know the rules of the road, the smoother – and safer – the ride will be for everyone.’

A key component of the campaign will be the launch of Victoria Law Foundation’s free Bike Law publication; the first, definitive guide to bicycle road rules in Victoria.

Some of the rules of the road for cyclists that may not be well understood include:

‘The Cycling Road Rules Review provided clear feedback that the community and stakeholders were looking for better communication of the cycling-related road rules in an easy-to-read format,’ said Robyn Seymour, VicRoads Director, Vehicle and Road Use Policy.

‘The Victoria Law Foundation has produced a useful tool for people to use to know what the law is in relation to bike riding. ‘Communicating the road rules is complicated because they are written as laws. The Victoria Law Foundation has used their expertise to translate them into plain English so that everyone can understand them and make use of them on Victoria’s roads and paths.’

CEO of Bicycle Network, Craig Richards, said that the publication of Bike Law was an important step towards greater harmony among road users—drivers, bike riders and pedestrians alike.

‘Roads are hectic and confused places much of the time, and there is potential for conflict, especially when the rules governing our behaviour are not well understood,’ he said.

‘This guide will remove a lot of uncertainty and therefore make bike riders more confident and secure, and that means reduced risk of crashes.

‘We see large numbers of bikes on the road these days, and those numbers will increase considerably in future years, so it’s important that motorists also get the opportunity to learn the bike-relevant rules and make their contribution to keeping all road users safe.’

From 7 December, members of the public and organisations will be able to order free copies of Bike Law from bikelaw.org.au and access additional educational resources from Everyday-Law.org.au.