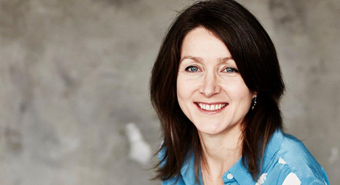 The Victorian hearings into a metre matters laws continued this week, hearing from a range of organisations who gave strong evidence in support of the laws including our friends Cycling Victoria, Cycling NSW and regional cycling clubs such as Bike Bendigo, Macedon Ranges Cycling Club and Road Safe Central Victoria. Charles Brown MPA from Rutgers University New York provided insight into the US experience and emphasised the importance of the legislation in achieving behaviour change, noting that an education campaign alone is not enough.

Victoria Police’s position and that of other organisations such as VicRoads and the TAC show how far behind Victoria is compared to other States in the cycling safety stakes. Disturbingly, Victoria Police’s opinions sends a clear message that they put a higher priority on driver safety than more vulnerable cyclists’ safety. Their assertions ignore the experience and evidence from other States where the legislation has resulted in clear behavioural change and cyclists report feeling safer.

Some organisations such as Bicycle Network have called for exemptions to a metre matters laws, in 50km and under zones, and where bike lanes exist. This would mean it would not apply in school zones and shopping districts.

The Amy Gillett Foundation emphatically disagrees – there are no situations where it’s okay for cars or other vehicles not to leave a safe distance when overtaking, including around children on bicycles in school zones and around shopping districts where the speed limit is 40km per hour.

Minimum overtaking distance laws are about creating a safe space for every cyclist on every street, and should not discriminate by postcode. They have been trialled successfully in other Australian states, without exemption.

We will continue to push for a metre matters laws in Victoria without exemption and without delay.